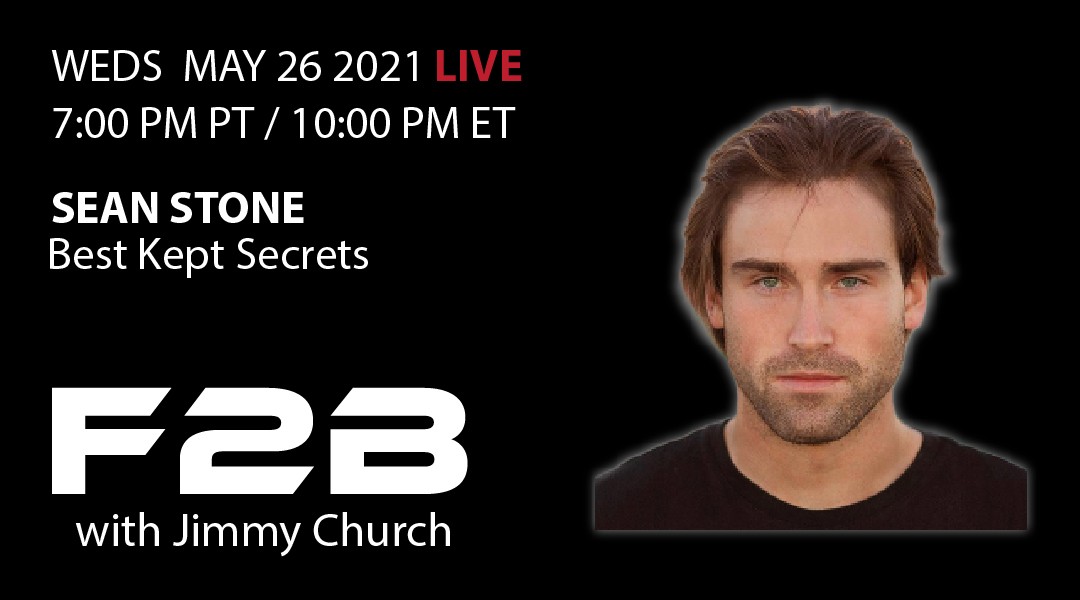 Tonight Sean Stone joins us to discuss his new project: "Best Kept Secrets" that will premiere at the UFO Mega Con this June 6-12 in Laughlin, Nevada.

Sean Stone, actor, film director, producer, cinematographer and screenwriter, began his career by acting in his father Oliver Stone’s movies, such as Wall Street, The Doors, JFK, Natural Born Killers, and Savages, just to name a few. He has since starred in and directed his first feature, Greystone Park, based on his experiences with shadowmen, demons, and ghosts in abandoned mental hospitals along the eastern seaboard. In 2012, Stone joined the team of investigators for the TruTV hit, Conspiracy Theory with Jesse Ventura, before becoming the host of Buzzsaw.