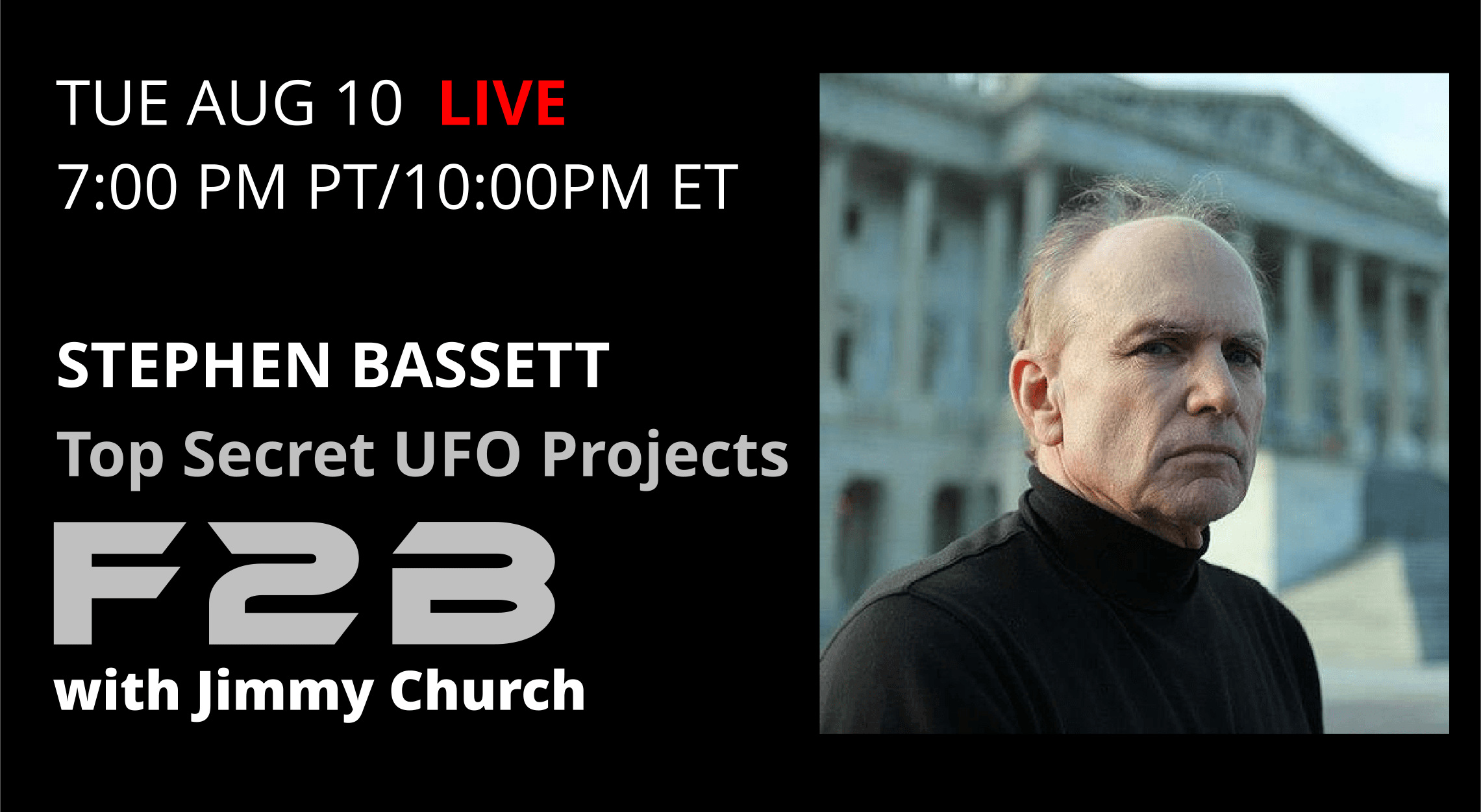 Tuesday on FADE to BLACK: Stephen Bassett joins us from his West Coast office and tonight we are going to talk about the new Netflix UFO/UAP series that he is appearing in and premiered last week... all that an much more, including a very special, exclusive announcement on F2B!

Stephen is the executive director of Paradigm Research Group founded in 1996 to end a government imposed embargo on the truth behind the so called "UFO" phenomenon. Stephen has spoken to audiences around the world about the implications of formal "Disclosure" by world governments of an extraterrestrial presence engaging the human race. He has given over 1000 radio and television interviews, and PRG's advocacy work has been extensively covered by national and international media. In 2013 PRG produced a "Citizen Hearing on Disclosure" at the National Press Club in Washington, DC. On November 5, 2014 PRG launched a Congressional Hearing/Political Initiative seeking the first hearings on Capitol Hill since 1968 regarding the extraterrestrial presence issue and working to see that issue included in the ongoing presidential campaign.