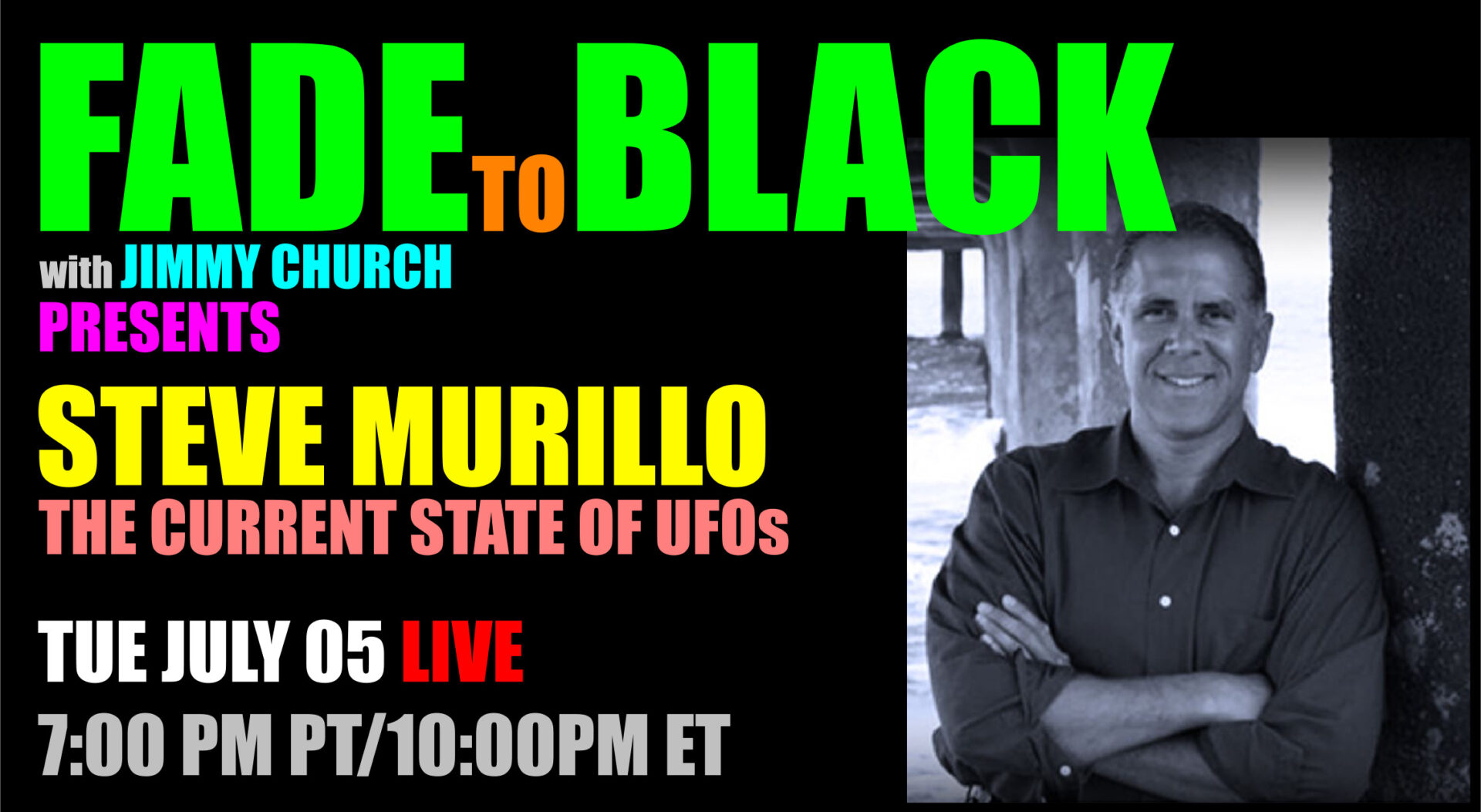 Tonight, Tuesday on FADE to BLACK: Steve Murillo is back for a conversation about The Current State of Ufology.

Steve Murillo attended the United States Naval Academy where he received his Bachelor of Science degree in Systems Engineering in 1982. He was commissioned an officer in the Marine Corps, attended flight school, and served for 7 years of active duty as a jet pilot and maintenance officer for his squadron.

After the Marine Corps, he went to TRW, where he became the power subsystem engineer for a satellite program known as TDRSS (Tracking and Data Relay Satellite System), Flight 7.

About a year later, Steve was elected to replace the out-going State Section Director, Don Waldrop. Steve held this position for thirteen years, conducting field investigations and monthly meetings until June of 2013.Steve now heads up UPARS LA, the UFO and Paranormal Research Society, Los Angeles chapter. He and his group investigate all things UFO and paranormal, and have monthly meetings in Studio City, California.