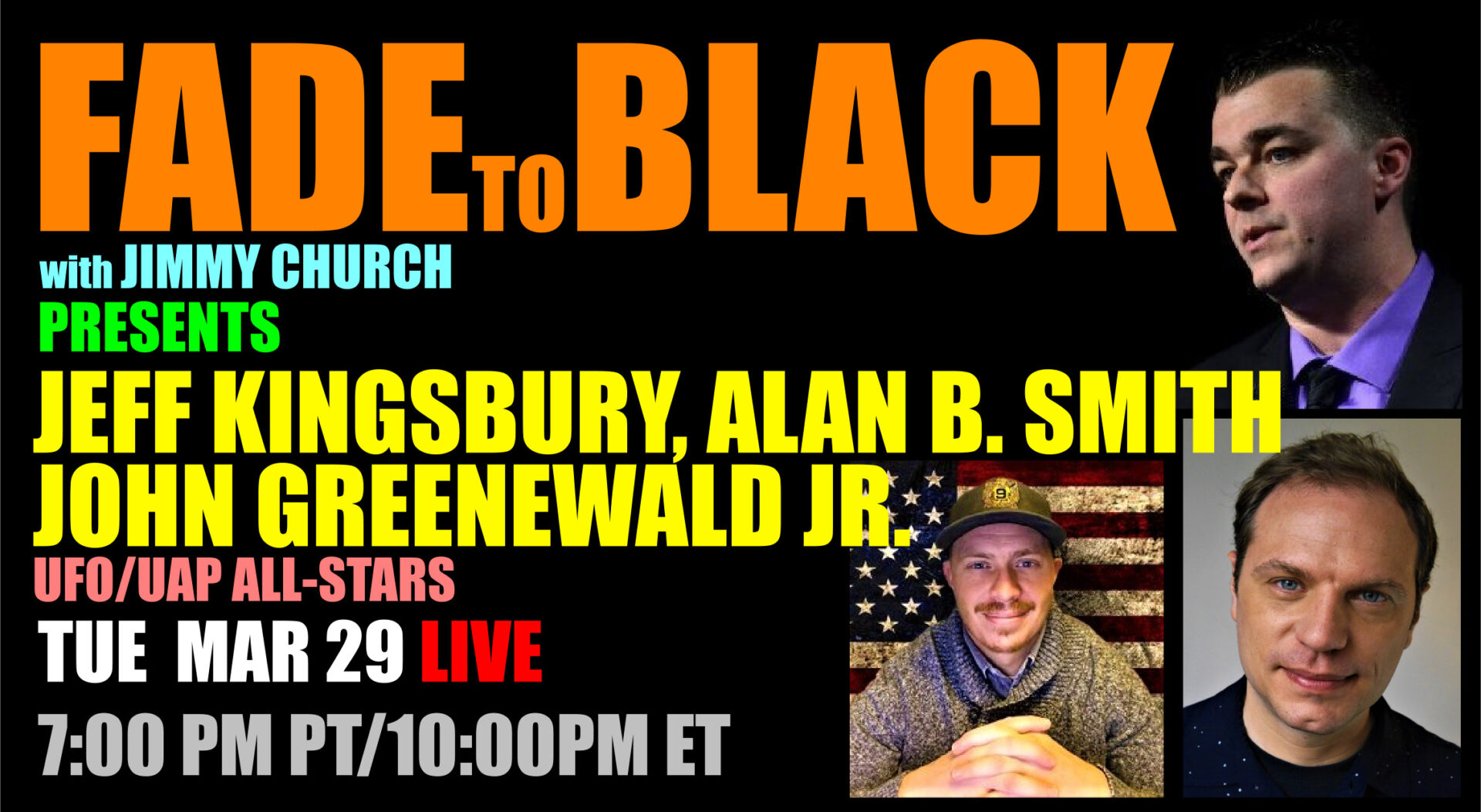 Tonight, Tuesday on FADE to BLACK: The All-Star team of UFOs/UAPs, and Disclosure... The Black Vault's John Greenewald Jr., host of Paranormal Now, Alan B. Smith, and Strange Recon's Jeff Kingsbury all join us for a full night of open conversation about what is happening in the skies around the world.

Jeff Kingsbury is a Combat Infantry Veteran and his show, Strange Recon, is about the ongoing mysteries surrounding the subject of UFOs and other paranormal events. He is a lifelong adventurer who splits his time between living on the sailing vessel, "Wind Tune," and at an undisclosed location with his bio-sensor first mate, Cora Monroe, his German Shepherd.

John Greenewald Jr. began researching the secrets of the U.S. Government in 1996 at the age of fifteen, targeting the CIA, FBI, Pentagon, Air Force, Army, Navy, NSA, DIA, and countless others. Greenewald utilized the Freedom of Information Act to gain access to millions of records. He named his online archive “The Black Vault” and the rest is history.