The Return of Holy Russia 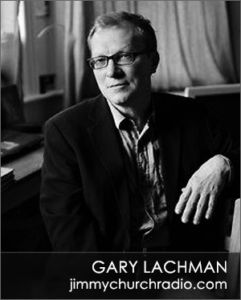 Tonight our guest is Gary LachmanGary Lachman and we are going to his new book: 'The Return of Holy Russia: Apocalyptic History, Mystical Awakening, and the Struggle for the Sould of the World'.

Gary was a founding member of the pop group Blondie and in 2006 was inducted into the Rock and Roll Hall of Fame.

Today he is the author of twenty-one books on topics ranging from the evolution of consciousness to literary suicides, popular culture and the history of the occult. He has written a rock and roll memoir of the 1970s, biographies of Aleister Crowley, Rudolf Steiner, C. G. Jung, Helena Petrovna Blavatsky, Emanuel Swedenborg, P. D. Ouspensky, and Colin Wilson, histories of Hermeticism and the Western Inner Tradition, studies in existentialism and the philosophy of consciousness, and about the influence of esotericism on politics and society.

Lachman writes for several journals in the UK, US, and Europe, including Fortean Times, Quest, Strange Attractor, Fenris Wolf, and his work has appeared in the Times Literary Supplement, Times Educational Supplement, Guardian, Independent on Sunday, Sunday Times, Mojo, Gnosis and other publications.

He lectures regularly in the UK, US, and Europe, and his work has been translated into a dozen languages. He has appeared in several film and television documentaries and on BBC Radio 3 and 4 and is on the adjunct faculty in Transformative Studies at the California Institute of Integral Studies.