Georgia Lambert On Fade To Black

On Meditation And Spiritual Alchemy 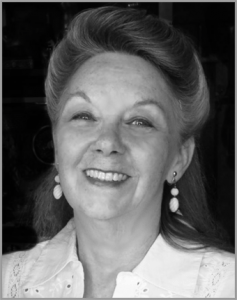 Georgia Lambert has over fifty years of experience in the field of Esoteric Studies, receiving formal training in Eastern and Western disciplines, methods and traditions.

She was the first to be licensed by the State of California to teach Meditation and Esoteric Physiology, an experimental course she presented for 3 years at the College of Osteopathic Medicine of the Pacific.

In the past, she has served on the board of directors of United Health Resource, has been on the staff at the Institute for Health Facilitation for 3 years, taught for 2 years for the Institute for Advancement of Human Potential, and served on the Teaching staff of the Philosophical Research Society for 10 years, under Manly Palmer Hall.

In 1989, she became the first woman to address a Scottish Rite Research Group on the higher degrees of Masonry. In 1995, 1996, and 1997 she gave presentations to the Pacific Southwest Regional Conclaves of the Rosicrucian Order A.M.O.R.C., both in the USA and in Canada.

In 2001, she was invited to participate in a “Think Tank” under the umbrella of an Aerospace Corporation on the subject of Science and Education, and her artwork was featured at the Education Summit for the American Institute of Aeronautics and Astronautics.

Specializing in the synthesis of the Western Mystery Tradition, she has addressed private groups in both the United States and in Britain. She teaches on-going classes in southern California and has done so constantly for the last 40 years. Her classes cover a wide range of esoteric traditions and meditation technique, including the Ageless Wisdom, The Kabala, Masonry, and the Arthurian Quest for the Grail.