Grant Cameron On Fade To Black 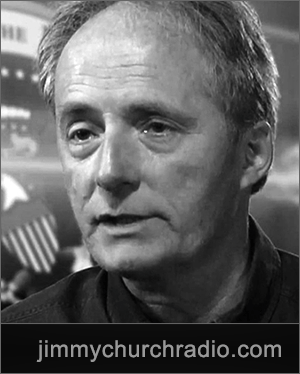 Last week a major document leak was exposed to the UFO community... the documents contained a transcript of a conversation between Eric Davis and Rear Admiral Thomas Wilson that took place in a car behind the EG&G builing in Las Vegas.

The documents were originally sent to researcher and author, Grant Cameron at the beginning of 2019.

Cameron will be releasing more documents this week, and tonight we are going to discuss all of them, their history, who sent them, who leaked them and what they mean to the world.

Grant Cameron has been a UFO researcher since 1975, and was recognized as both the Leeds Conference International Researcher of the Year and the UFO Congress Researcher of the Year. He is a world-renowned expert on UFOs, conspiracies, government cover-ups, and has spent decades watching and chronicling developments around extraterrestrial contact. He is the author of Charlie Red Star.