Greg Bishop On Fade To Black 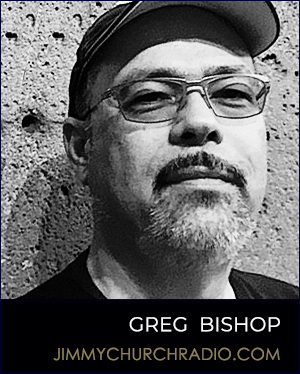 In 1991, Greg Bishop co-founded a magazine called The Excluded Middle, which was a journal of UFOs, conspiracy research, psychedelia and new science. Wake Up Down There!, a collection of articles from the magazine, was published in 2000. Greg’s second book was Project Beta, which documented a government campaign of disinformation around the UFO issue. Weird California, a portrait of strange and eerie history and places in the Golden State, was released in 2006.

From 2007 to 2011, Greg blogged for the UFO and paranormal site Ufomystic. His 2017 book It Defies Language anthologized entries from that blog along with new articles written just for the collection. In 2017, he contributed an essay entitled “The Co-Creation Hypothesis: Human Perception, the Informational Universe, and The Overhaul of UFO Research” for the anthology UFOs: Reframing the Debate. In 2019, he co-authored A Is For Adamski, an encyclopedic overview of the UFO contact movement. His long-running podcast can be heard at radiomisterioso.com.

He has appeared in the documentaries Fields of Fear (about the cattle mutilation phenomenon) and Mirage Men (based on his book Project Beta), and in the Travel Channel series Mysteries at the National Parks and most recently on the History Channel series Unidentified. He also served as consultant for the TNN series The Conspiracy Zone with Kevin Nealon. For nearly two decades, he has lectured extensively at conferences, conventions and from elementary to college students.

Greg has researched the phenomenon of “alien writing“: examples of languages people claim to have received from non-human sources. He has also written on the history of the desert southwest. Greg holds a private pilot license as well as an advanced certification in paragliding and is licensed by the FAA to fly drones for commercial clients.