Off Air For Thanksgiving Holiday 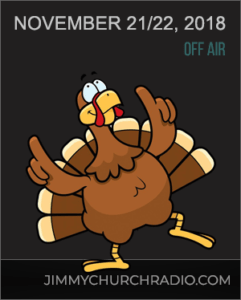 According to most sources, the first thanksgiving took place sometime in November of 1621 between the Pilgrims and the Wampanoag Indians at Plymouth.
In 1789 George Washington proclaimed Thanksgiving a holiday on the 4th Thursday of November. In 1863 it became a national holiday when Abraham Lincoln made a presidential proclamation during the Civil War. He set it to be celebrated on the last Thursday of November. From that point forward, each year a president would proclaim a date to be the national holiday and therefore it had a tendency to change each year. (according to NPR.org and wikipedia) This began to change when in 1933 there was a November that had 5 Thursday's in it. (Hmm.. just like THIS November.) So when traditionally, up to this point, Thanksgiving fell on the last November, (usually by presidential proclamation) which usually IS the 4th November of the month, there would actually be one more Thursday in November.

This particular November in 1933 two Thanksgivings ended up being observed when retailers had asked President Roosevelt to move the holiday up a week instead of having it as the last Thursday of the month.

A snippet of a letter from the Downtown Association of Los Angeles reads:

So go eat some Turkey.

[Article by Drew The Geek]