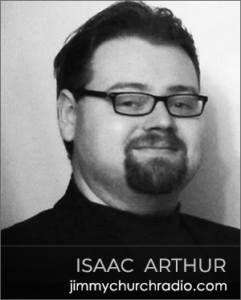 Tonight, Isaac Arthur joins us for an in depth conversation about Artificial Intelligence and its' potential impact on every aspect of our lives and the future of mankind.

Isaac is the host of Science & Futurism with Isaac Arthur on YouTube, with nearly 500,000 subscribers, covering topics like Colonizing the Solar System, Interstellar Travel, the Fermi Paradox, Artificial Intelligence, and other topics representing possible futures paths and challenges for humanity.