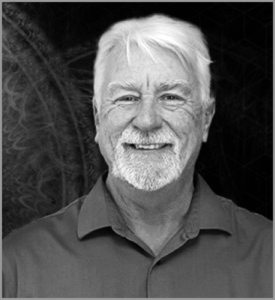 Jay Weidner has been called by Wired Magazine an “authority on the hermetic and alchemical traditions,” ... he is a renowned filmmaker, author and scholar. Considered to be a ‘modern-day Indiana Jones’ for his ongoing worldwide quests to find clues to mankind’s spiritual destiny via ancient societies and artifacts, his body of work offers great insight into the circumstances that have led to the current global crisis. He is writer/director of the feature film, The Last Avatar, director of the critically acclaimed documentary, Infinity: The Ultimate Trip, Journey Beyond Death and writer/director of the documentary series on the work of Stanley Kubrick, Kubrick’s Odyssey and Beyond the Infinite.

Jay is also the Senior Director of Content for Gaia TV, developing and producing cutting edge programs... and last week Gaia released a video report with a three fingered, three toed mummy that was discovered in Nazca, Peru.

Since it's release, the video(s) have gone completely viral... with over 60 million views in five days... and tonight we are going to discuss the mummy(s), answer all the questions that our community has and the impact that the video, Gaia and it's evidence will have on Disclosure.