Jim Penniston On Fade To Black May 13th

Jim Penniston On Fade To Black 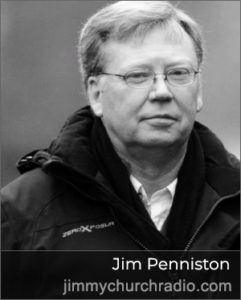 Tonight, Jim Penniston is here to discuss all of the latest, breaking news on the Rendlesham Forest incident... one of the most important events in UFO history from someone who was there.

Jim Penniston, USAF Security Forces/Retired. He entered the Air Force in
1973 and served over twenty years active duty in the US Air Force. He wrote defense, security, counter-terrorism, and contingency plans for the USAF and NATO. Additionally, he provided security support for Air Force One, and other classified aircraft weapon systems. Penniston held for the majority of his twenty year career, a U.S. TOP SECRET/BI/SCI and a NATO TOP SECRET COSMIC/ATOMAL security clearance.

Sergeant Penniston and his team were "First Responders" to a security investigation of a craft-of-unknown-origin, located just outside RAF Woodbridge, England. In December 1980 that case, is known as the Rendlesham Forest Incident, and is the most documented account in military history.

Jim was a speaker at two National Press Club events and his first responder's account of the Rendlesham Forest Incident has been featured worldwide on numerous television and radio programs.

Penniston has co-authored two books and his latest is with Gary Osborn:
'The Rendlesham Enigma'.