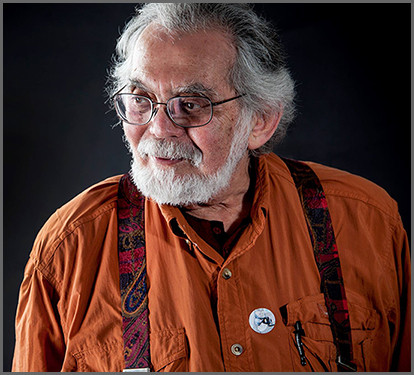 John Anthony West is a writer, scholar and Pythagorean, born in New York City. He is the author of The Traveler's Key to Ancient Egypt, and consulting editor for the Traveler's Key series. His previous book, Serpent in the Sky: The High Wisdom of Ancient Egypt is an exhaustive study of the revolutionary Egyptological work of the French mathematician and Orientalist, the late R.A. Schwaller de Lubicz.

Jaws won an EMMY Award for his 1993 NBC Special Documentary The Mystery of the Sphinx, hosted by Charlton Heston.

His video series, "Magical Egypt: A Symbolist Tour" is a must see for anyone interested in Egypt, the pyramids, art or sculpture...but also lost history and civilizations.

Three days ago West got back from another trip to Egypt...and he's with us tonight to discuss the latest news...and we'll cover it all with an evening called Egypt: Generally Speaking.