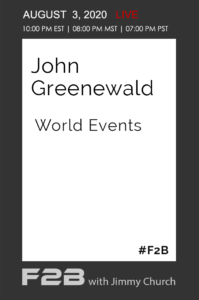 Tonight, John Greenewald will be discussing the recent articles from the NYT, the Wilson Document and what parts of all of this may be fact and/or fiction.