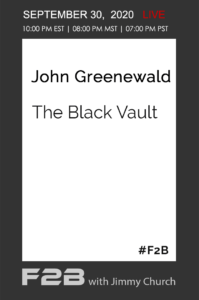 Tonight, John Greenewald will be discussing the latest from The Black Vault and who would make a better Disclosure POTUS???