Jonathan Young On Fade To Black 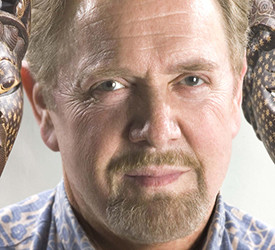 Jonathan Young PhD is a featured commentator on Ancient Aliens. His main scholarly work has been as founding curator of the Joseph Campbell Archives (which involved collaboration with George Lucas and Lucasfilm). He assisted Campbell for years at seminars and has lectured on Campbell’s work at major academic conferences around the world.

Dr. Young is a psychologist and professor, whose main area is personal mythology. His books and articles focus on using stories and movies for self-understanding. His film script advising includes After Earth with Will Smith. In addition to appearances on several series for the History Channel, he has been featured on the SyFy Channel, the BBC, CBS 48 Hours, Unsealed, In Search Of…, History's Ancient Aliens and radio programs that focus on unexplained anomalies, including Fade to Black with Jimmy Church.