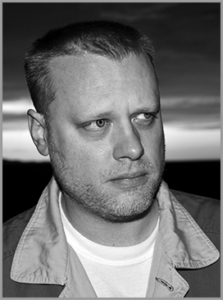 Joshua P. Warren is an investigator who pioneers the amazing relationship between the mind, energy, matter, and strange phenomena. He owns the Asheville Mystery Museum & Laboratory in North Carolina, and the Bermuda Triangle Research Base in Puerto Rico. The author of over 20 best-selling books, including USE THE FORCE: A Jedi's Guide to the Law of Attraction and THE WISHING MACHINE WORKBOOK, he has appeared on numerous TV programs on History, Discovery, Nat Geo, Animal Planet, SyFy, TLC and starred on the Travel Channel series PARANORMAL PAPARAZZI. He travels the world investigating mysterious phenomena, and made the cover of a science journal, in 2004, for lab experiments regarding energy fields in nature related to the Brown Mountain Lights. As the creator of the wildly-popular "Wishing Machine Project," he has helped thousands of people, around the world, change their lives in profound ways, manifesting extremely good fortune.

Tonight we are going to discuss the recent video investigation that Joshua has released on OUFOs...and a new field of research he created this year called PARA-CYMATICS.

Para-Cymatics is a technique that Warren created to produce sigils (or symbols), in the lab, that enhance manifestations/paranormal activity of all kinds.