Ken Johnston On Fade To Black 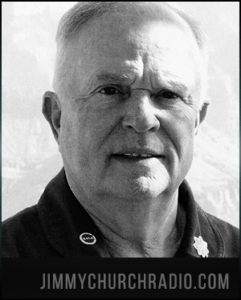 Ken Johnston Sr was one of four Civilian Astronaut Consultant Pilots from the Apollo Moon Program. Ken is a retired aerospace worker, served as a US Marine, and is a well-known NASA Whistle-blower. Ken is well known because he was a witness to history, to NASA image manipulation, and he saved an archive of early Apollo-era photos that are original to the time before NASA digitized and created an on-line database of images. Johnston used a loophole in the orders he was given to destroy five sets of 10"x8" glossy photo prints from the Apollo program. When he worked in the Data and Photo Control Lab in Houston during the moon missions, he saved a set for his own records. His archive is prized by researchers and lunar anomaly hunters because it has been discovered that there has been an intentional, systematic, physical and digital manipulation of NASA imagery and media in order to cover up what was found on the moon and recorded in film and photos by the Apollo astronauts.

Johnston was born at Fort Sam Houston, Texas, in 1942, grew up in Texas and Oklahoma, and studied at The Oklahoma Military Academy, and Oklahoma City University before he enlisted in the military. Ken enlisted in the US Marines in August 1962 and reported to Pensacola as a Marine Aviation Cadet for flight training in September 1964. Before Ken left the USMC in 1966, he had earned his FAA Pilot's License as a Single and Multi-Engine Instrument Rated Flight Instructor and was a qualified avionics technician.