Laura Cortner
and
Robert Hieronimus
On Fade To Black

The Goddess In The New World 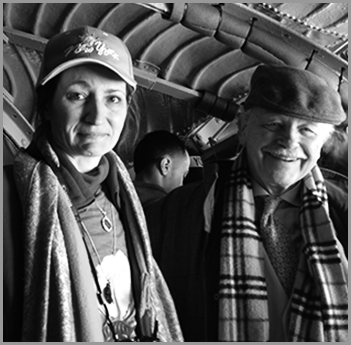 Robert R. Hieronimus, Ph.D., is an internationally known historian, visual artist, and radio host. His research has been used by the White House and State Department and published in the congressional record. He has made numerous appearances on documentaries airing on the History, Discovery, BBC, and National Geographic channels as well as many other national and international outlets. His giant murals and painted artcars include the 2,700-square-foot Apocalypse and the 1,750-square-foot We the People, the Woodstock Bus, and the We the People Artcar. His weekly program, 21st Century Radio, is the longest running radio show on the new paradigm in the country. He lives in Maryland.

Laura E. Cortner graduated with honors from Goucher College in Towson, Maryland, with a degree in English and a concentration in writing. She has coauthored previous titles with Robert R. Hieronimus including Founding Fathers, Secret Societies and United Symbolism of America. Her work has also appeared regularly in numerous periodicals such as Lilipoh, UFO Magazine, Fate Magazine, and several Beatles fan publications. She is the director of the Ruscombe Mansion Community Health Center and lives in Maryland.
Website: http://www.secretlifeofladyliberty.com/
Twitter: @LadyLibertyBook