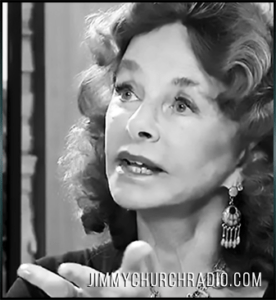 Linda Moulton Howe is a graduate of Stanford University with a Master’s Degree in Communication. She has devoted her documentary film, television, radio, writing and reporting career to productions concerning science, medicine and the environment. Ms. Howe has received local, national and international awards, including three regional Emmys, a national Emmy nomination and a Station Peabody award.

Linda produces reports and edits Earthfiles.com, has her own radio program with John Burroughs on KGRA, appears on Coast to Coast AM, Ancient Aliens since it’s first season… and has traveled in Venezuela, Peru, Brazil, England, Norway, France, Switzerland, The Netherlands, Yugoslavia, Turkey, Ethiopia, Kenya, Egypt, Australia, Japan, Canada, Mexico, the Yucatan and Puerto Rico for research and productions.

In addition to all of her research on Earthfiles... Linda now has a new series on Gaia called Truth Hunters... and tonight we are going to take a look at the events of 2017 and look forward into 2018...