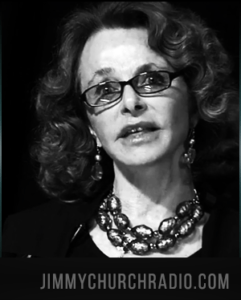 Tonight we discuss the sudden closure and evacuation of the National Solar Observatory by the FBI with Linda Moulton Howe. The Observatory was partially re-opened today... what was the real reason behind it and will we ever have the truth???

Linda is a graduate of Stanford University with a Master’s Degree in Communication. She has devoted her documentary film, television, radio, writing and reporting career to productions concerning science, medicine and the environment. Ms. Howe has received three regional Emmys, a national Emmy nomination and a Station Peabody award, among others…

In addition to all of her research on Earthfiles… Linda now has a new series on Gaia called Truth Hunters… and tonight we are doing it all: The National Solar Observatory, disclosure, alien life and the mystery of Fast Radio Bursts.