Lisa Garr On Fade To Black 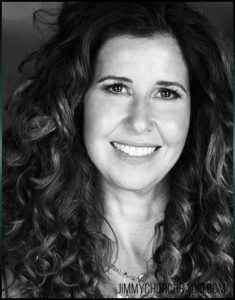 Since 1999, Lisa Garr has hosted a popular program on Pacifica Radio Network (KPFK) called The Aware Show. Based on her desire to live in a more conscious world, Lisa created The Aware Show to feature best-selling authors and experts in the fields of natural health, cutting-edge science, personal growth, and
spirituality.

With a background in the healing arts, she is considered an expert herself in the field of lifestyle and transformational media programming. In addition, she comes from a long line of entertainers, including her aunt, actress Teri Garr; and her grandmother, Phyllis Garr, an original Radio City Music Hall Rockette. Lisa also hosts a show on Hay House Radio called Being Aware and a series for Gaiam TV called Gaiam Inspirations.

She is a regular weekend host on Coast to Coast AM, syndicated in over 500 stations around the world, and has one of the largest telesummit series on the Internet. Combined, she reaches millions of listeners globally every month.