Marc Cushman And Vic Mignogna On Fade To Black 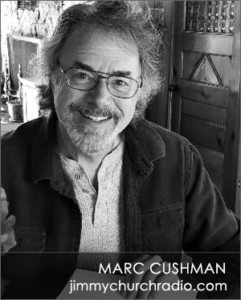 Marc Cushman, is the author of "These Are the Voyages" and the companion audio book is produced by Vic Mignogna, which documents the making of the original Star Trek.

Tonight, with both Marc and Vic, we are going to discuss Star Trek, the history of science fiction on television, including the continuing of Star Trek beyond the original series, scientific achievements which came about as a result of the series, such as cell phone design, PCs and the internet, Cat-scans and MRIs, and sensor-eye automatic-opening doors.

Marc Cushman is an author and Los Angeles-based screenwriter and director. His television credits include Star Trek: The Next Generation, Beyond Belief: Fact or Fiction, and Diagnosis: Murder. His feature film credits include Desperately Seeking Paul McCartney, The Magic of Christmas, and In The Eyes Of A Killer.

Vic Mignogna is a veteran voice actor for more than 300 animated series and video games. He also is a long time music composer, producer and performer, and the executive producer of the highly popular web series, Star Trek Continues, where he also plays Captain Kirk.