Marc D'Antonio On Fade To Black 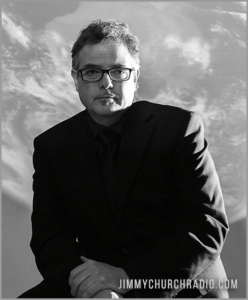 Marc D'Antonio has a degree in Astronomy and is the Mutual UFO Network’s (MUFON) Chief Photo/Video Analyst. He is CEO of FX Models, a model making and special effects company specializing in digital/physical models, and organic special effects in the film industry. He has an extensive work history in the Film and Television arena appearing regularly on a number of networks. His efforts creating UFOTOG2, a remote ufo detection system with Academy Award winner Douglas Trumbull promises to bring ufology into the 21st Century.

Marc appears regularly on NASA's Unexplained Files and the series "What On Earth" seeking answers to perplexing Earth mysteries brought to us via Earth orbiting satellites.

Marc operates the John Zack Memorial Observatory in CT. In support of the quest for extraterrestrial life, Marc originated and operates the SkyTour LiveStream from the Observatory. It is being readied for fully automated online use and will be moved to Arizona in the near future under a fully dark sky when all automation's systems are installed, tested, and completed.