Martin Gray On Fade To Black

Sacred Sites: The Evolution Of Consciousness 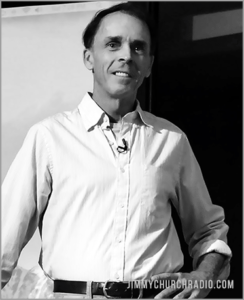 Martin Gray is a photographer of sacred architecture, art and pilgrimage sites around the world.

His father was in the US diplomatic service and Martin traveled widely around the world. Archaeology, photography, classical music and art were always around the house so he was immersed in the arts and antiquities of foreign cultures.

When he was twelve years old the family moved to India for four years. During this period Martin went on frequent journeys, both alone and in the company of wandering holy men, to the temples, mosques and sacred caves of India, Nepal and Kashmir.

After his family's return to the United States Martin entered the University of Arizona but soon left back to India by the call of the spiritual quest and the desire to become a mountain hermit in the tradition of Theravada Buddhism. While living in northern India he became a member of a monastic order and for the next ten years, both in India and the west, cultivated a deep practice of meditation.

At the age of twenty-eight Gray left monastic life behind, returned to the US, and started two successful travel companies... which he sold and began a thirty five year period of traveling as a wandering pilgrim to many hundreds of sacred sites in more than one hundred and fifty countries.

Tonight we'll discuss the mythology, archaeology and history of sacred sites and miraculous phenomena that occur in them.