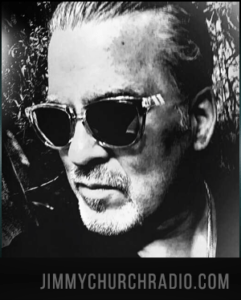 Michael Lee Hill is an award winning musician, filmographer and UFO experiencer. His footage of the Lake Erie UFO’s has created a Billy Meier like buzz and Michael seems to have developed an intuitive relationship with these craft. In his home state of Ohio, Michael has been cataloging video after video of UFO’s over Lake Erie. The phenomena consists almost entirely of ‘Pulsating orb’s of light”—unusual lights seen changing colors, converging, and separating over the lake. Stories of the unexplained phenomena date back over 150 years to the indigenous North American Indian Tribes.

Tonight, for the very first time on FADE to BLACK... Michael is delivering on his promise... we have five people from this secret group here tonight on F2B... and in classic FADE to BLACK fashion, this is live... and by the end of the broadcast hopefully we will have some answers to the questions that we seek...