Phil Proctor On Fade To Black 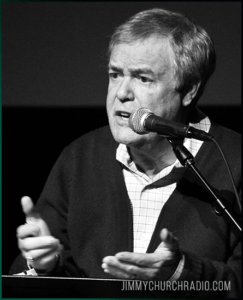 Phil Proctor started at the age of 9 as a child actor in New York on live TV in 'Uncle Danny Reads the Funnies'... Since then, his 68-year career has taken him from Broadway to radio, TV and feature films... 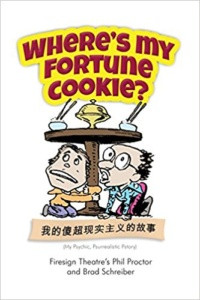 Firesign Theater four-man group—listed as one of the “thirty greatest acts of all time” by Entertainment Weekly—he’s appeared for over half a century on LPs, CDs, DVDs and on stage, TV and on screen in Zachariah, God’s Clowns, Everything You Know is Wrong, Hot Shorts, The Madhouse of Dr. Fear with Don Adams, Eat or Be Eaten; and in Proctor & Bergman’s TV or Not TV and their overdubbed Republic cliffhanger cult hit, J-Men Forever.

On September 28, he and Dave Ossman will be appearing in a command performance of The Firesign Theater, or What’s Left of It on the Coolidge stage of the Library of Congress in Washington, D.C. It sold out in three days and will be simulcast for Fireheads throughout the nation.

Tonight we'll be discussing the Firesign Theater... and his new book:
'Where's My Fortune Cookie? My psychick, psurrealistic pstory'... co-authored with Brad Schreiber.