R.D. Gennari On Fade To Black 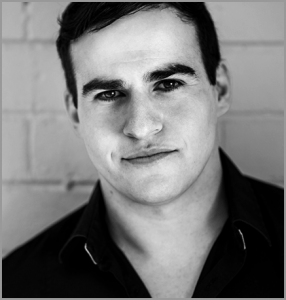 Robert Dominic Gennari started his career in writing in 2003, when he scripted a story for a sci-fi concept album titled; Jenarium Rise of the New Sun. During this process, he realised his passion for speculative fiction and supernatural stories. Soon the idea to write was born. In April 2007 he began working on what would become the first book of his grand opus; Battle for Skeptron, the First Uncovering, which will consist of four books in total. With an enthusiasm for creating new names and places, Robert drew upon his love of the ancient world and of the cosmos to create his geological paradise; Númaria.

Robert has been involved with the Australian Writers’ Centre (AWC), and has been under the mentorship of Cathie Tasker. Robert has also studied under renown author, Robyn Opie Parnell. He continues to hone his skills in languages and ancient histories. Robert is a highly trained Brazilian Jiu-Jitsu instructor and national champion. He is also a respected Freestyle Wrestling instructor under the tutelage of three time Olympian; Ali Abdo. These styles of combat have directly influenced and inspired his book series.