This is night four of our Open-Lines Week on FADE to BLACK... four straight nights of your calls and questions with the some of the best and brightest minds of our community! 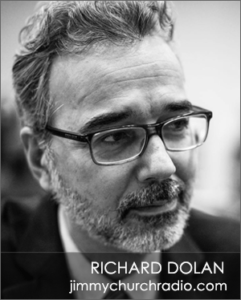 Tonight is our final installment of Open-Lines Week here on FADE to BLACK... and Richard is here to take your calls and answer your questions during this very important period of UFO history.