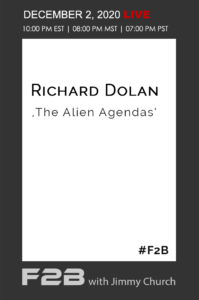 Tonight, our guest is Richard Dolan, who joins us to announce the publication of his new book: The Alien Agendas: A Speculative Analysis of the Those Visiting Earth.