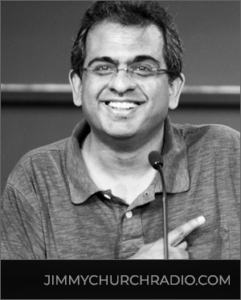 Riz currently runs Bayview Labs and Play Labs at MIT, a startup accelerator held on campus at the Massachusetts Institute of Technology. Riz received a B.S. in Computer Science and Engineering from MIT, and a M.S. in Management from Stanford’s GSB.

Riz’s many startups have created products used by thousands of enterprise customers, and his games have been downloaded millions of times, including Tap Fish, Bingo Run, Penny Dreadful: Demimonde, and Grimm: Cards of Fate. 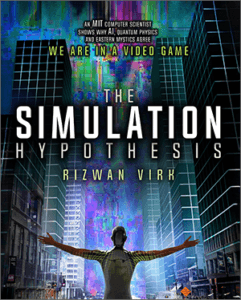 Riz has produced many indie films, including Turquoise Rose, Thrive: What On Earth Will It Take?, Sirius, and the cult classic Knights of Badassdom, starring Peter Dinklage.

Tonight we are going to discuss his latest book: The Simulation Hypothesis. Drawing from research and concepts from computer science, artificial intelligence, video games, quantum physics, and referencing both speculative fiction and ancient eastern spiritual texts, Riz will tell us how all of these traditions come together to point to the idea that we may be inside a simulated reality like the Matrix.