RN Vooght On Fade To Black 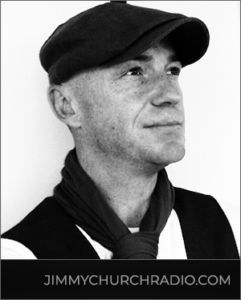 After an untimely accident in the South American jungle during the launch of European Ariane 5 spacecraft, RN Vooght published his debut title Devolution Cycle. Purposefully penned as a work of fiction, Devolution Cycle explores writer and researcher Christopher Dunn's Giza Power Plant Theory and the sometimes blurred lines between both the historical record and mythological lore, introducing his reader to the somewhat suppressed origins of the human narrative - one which continues to be slowly revealed to us from the beneath the sands of the Giza Plateau. A far cry from fiction, The Spirit in the Sky ‘Ancient Cosmological Gods & Where In The World We Find Them’ offers a simplistic and scientifically viable explanation regarding the outdated and sometimes implausible ideas behind the mythological Ancient Egyptian God of Resurrection, Osiris. Reflecting upon the groundbreaking works of John Anthony West, Graham Hancock, Randall Carlson, Laird Scranton, Brad Klausen and Bill Donahue, RN Vooght has uncovered a message from our ancestors - a long lost chapter in the story of humanity and the riddle of consciousness. RN Vooght is hopeful The Spirit in the Sky may one day prove catalyst in uniting outer space with inner space, science with religion, and more importantly, humankind with each other...

Graham Hancock: "As the Consciousness Revolution unfolds, a complex web of patterns, connections and influences in the human story are being revealed. RN Vooght's research reintroduces us to omnipresent Osiris, the divinity immanent in humanity."