Ron Felber on Fade To Black 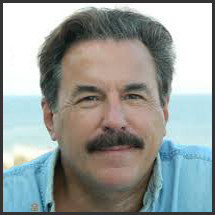 Ron Felber is a graduate of Georgetown University where he received his BA, Loyola University where he received his Master's Degree, and Drew University where he earned his Doctorate. Ron has published eight novels including the "Jack Madson" series "A Man of Indeterminate Value" and "The Kafka Society" and four non-fiction books including "Il Dottore, The Double Life of a Mafia Doctor" which was the basis for the FOX prime time television series "The Mob Doctor". Mr. Felber was a Deputy Sheriff transporting federal prisoners after graduating college. Those experiences were used for some of his early non-fiction articles written for the iconic True Detective magazine. Ron was also the CEO of a major manufacturing company. His latest book is "Mojave Incident", a true story of Elise and Tom Gifford, who claimed to have been abducted by extraterrestrials during a desert camping trip.