Roxanne Swainhart On Fade To Black 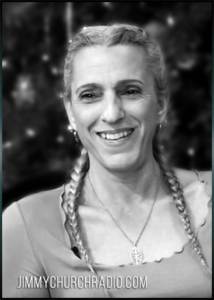 Roxanne Swainhart is a channeler... and her awakening began in 2010.

Prior to making the transition from Roy into Roxanne, she was living the life that everyone told her she had to have. Growing up within a Christian family, she attempted college and joined the army soon after, got married and then eventually went into car sales where she was making well over six figures.

Roxanne's life seemed well put together from the surface, but from inside she began to feel increasingly uncomfortable with living within the image and construct of being Roy, the successful working man putting in 80+ hours per week.

In 2010, Roxanne finally made the transition and began choosing her own truth and joy above her pain and dependencies on money and security.

Eventually, Ms. Swainhart stumbled across the famous Abraham Hicks and Bashar and immersed herself into their teachings.

One day during meditation, she began using her imagination to reach out and have a conversation with the Hathors. Roxanne started to get small streams of feedback which evolved into incredible full blown dialogues with a variety of different entities. Since she started channeling in 2013, phenomenal pieces of information have been delivered that have transformed her perception of reality, abundance, and our relationship to others. This is the gift that Roxanne wants to share with others.