Russell Emanuel On Fade To Black 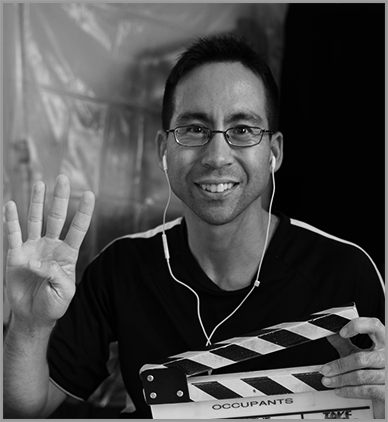 Russ Emanuel is originally from San Francisco and grew up in both Japan and the United States, garnering an international viewpoint of the world throughout his childhood. After graduating from the University of Southern California, he founded Russem Productions in 2002 in order to promote his short films including the award-winning "Girl With Gun" and the documentary "Restoration of Paradise". His latest feature film, "Occupants", was an Official Selection at the San Diego Comicon.
"Occupants" is about a young couple who plan and produce a "Clean Living" documentary. Setting up cameras all over their house to document their newly created "lifestyle", their cameras capture a “parallel” version of themselves from another dimension. Their “doubles” soon begin threatening the unsuspecting couple, who must find a way to close the dimensional portal they inadvertently created.