Sharron Rose On Fade To Black

The Divine Feminine: From Egypt To India 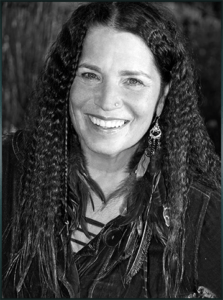 She received her diploma from the Peabody Conservatory of Music, a B.A. in Theater from the University of Maryland and an M.A. in Education from George Washington University, and then became a member of New York City’s vital dance/theater/performance art scene. A filmmaker, choreographer, composer, author, teacher and performer, she transits the worlds of art and commerce in a unique and compelling way.

Sharron is the author of the award-winning book, The Path of the Priestess: A Guidebook for Awakening the Divine Feminine.

Tonight we are going back in history to discuss the Devine Feminine...from Egypt to India... all the way to today and current world events. This is a true not-to-miss show!