Stanton Friedmen On Fade To Black

In Memoriam Of Stanton Friedman 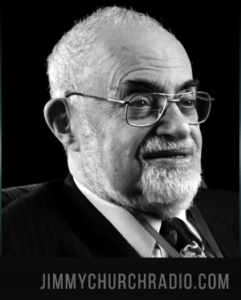 Tonight we listen to a Replay to remember Stanton Friedman.

Nuclear Physicist-Lecturer Stanton T. Friedman received his BSc. and MSc. Degrees in physics from the University of Chicago in 1955 and 1956. He was employed for 14 years as a nuclear physicist by such companies as GE, GM, Westinghouse, TRW Systems, Aerojet General Nucleonics, and McDonnell Douglas working in such highly advanced, classified, eventually cancelled programs as nuclear aircraft, fission and fusion rockets, and various compact nuclear power-plants for space and terrestrial applications.

He became interested in UFOs in 1958... has appeared on hundreds of radio and TV programs... He is the original civilian investigator of the Roswell Incident... He has provided written testimony to Congressional Hearings, appeared twice at the UN, and been a pioneer in many aspects of ufology including Roswell, Majestic 12, The Betty Hill-Marjorie Fish star map work, analysis of the Delphos, Kansas, physical trace case, crashed saucers, flying saucer technology, and challenges to S.E.T.I.

Stanton has spoken at more MUFON Symposia than anyone else.