Steve Alten On Fade To Black 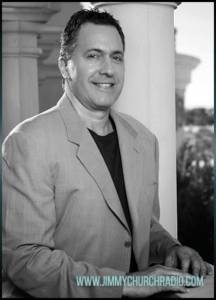 Steve Alten grew up in Philadelphia, earning his Bachelors degree at Penn State University, a Masters Degree in Sports Medicine from the University of Delaware, and a Doctorate of Education at Temple University.

Steve's first book, MEG hit every major best-seller list, including #19 on the New York Times, and became a popular radio series in Japan. MEG was picked up by Warner Bros. and the feature film will be directed by Jon Turtletaub and stars Jason Statham, to be released August 10, 2018. 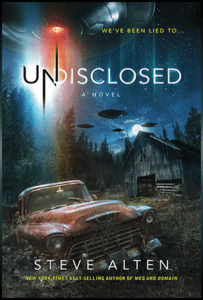 Steve’s second release, The TRENCH was also a best-seller. His next novel, DOMAIN and its subsequent sequels, RESURRECTION and PHOBOS: MAYAN FEAR were runaway foreign best-sellers (#1 in Spain, Mexico, & Argentina) with the rights sold to more than twenty countries.

Tonight we are going to discuss his latest book: UNDISCLOSED ... in which a veteran of the Iraq war is appointed Under Secretary of Defense in order to penetrate a secret government purposely black-shelving a clean, abundant energy system reverse- engineered from downed UFOs...