Steve Barone On Fade To Black 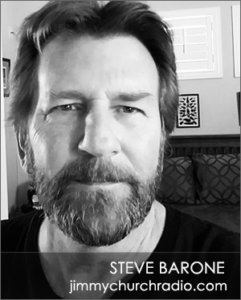 Steve Barone lives in Las Vegas, Nevada, and in 2011 he saw his first UFO while on a cruise near Nova Scotia with his wife.

Since then he has set up video cameras on his property west of Las Vegas to capture what is going on in the sky over the city and Area 51.

He has a Facebook Group and YouTube channel, both called: UFOs Over Vegas... staying away from the public side of things as well as remaining behind the camera and not in front of it.

Tonight we will discuss his videos and experiences and find out what he thinks is going on over Las Vegas, Nevada, including his amazing footage of what we call the "Good and Plenty" that was revealed two months ago with Joshua P Warren here on F2B.