Thanksgiving Feast On Fade To Black 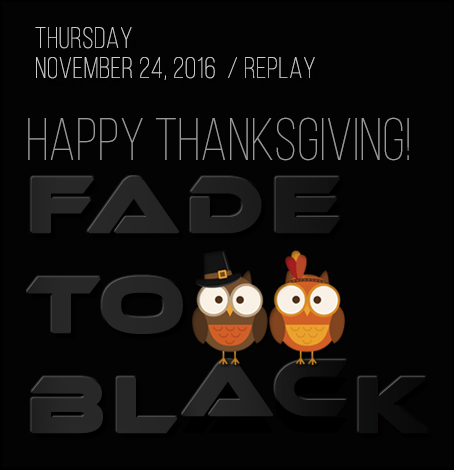 In 1621 the Pilgrims celebrated their first harvest in the New World. According to Edward Winslow, an attendee, it was a three day feast with 53 Pilgrims and 90 Indians. This first Harvest Festival would later be known in the United States as Thanksgiving. It has been a holiday since 1789, after a proclamation by George Washington. It was later declared a National Holiday by Abraham Lincoln during the Civil War in 1863. Today Thanksgiving is celebrated by most; remembering that first Harvest Festival and as a time to give thanks. So to all the Fadernauts, have a fantastic Thanksgiving.
--Drew The Geek--
Website: https://en.wikipedia.org/wiki/Thanksgiving_(United_States)