Travis Walton On Fade To Black 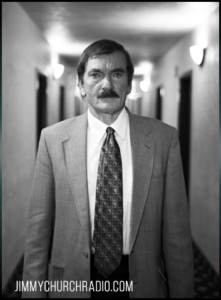 Travis Walton is an American logger who was supposedly abducted by a UFO on November 5, 1975, while working with a logging crew in the Apache-Sitgreaves National Forest in Arizona. Walton could not be found, but reappeared after a five-day search.

The Walton case received mainstream publicity and remains one of the best-known instances of alleged alien abduction. UFO historian Jerome Clark writes that "Few abduction reports have generated as much controversy" as the Walton case. It is furthermore one of the very few alien abduction cases with corroborative eyewitnesses, and one of few abduction cases where the time allegedly spent in the custody of aliens plays a rather minor role in the overall account.