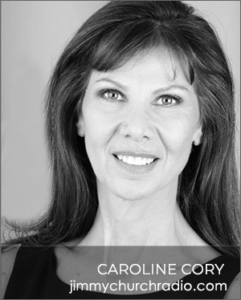 Caroline Cory is a filmmaker, futurist, international speaker and the visionary author of best-selling books on Consciousness and Quantum Healing. As a child and throughout her life, Cory has had numerous otherworldly encounters, which led her to become deeply connected to spirituality, the study of Consciousness and the mechanics of the Universe.

Her latest project, Superhuman, an award-winning documentary that provides tangible evidence for the powers of the human mind over matter. Through ground-breaking scientific experiments and real life demonstrations, viewers will find themselves connecting the dots about the relationship between mind and matter and discover whether they live in a simulated matrix or if they can have any control over their physical reality.