Christopher Dunn On Fade To Black 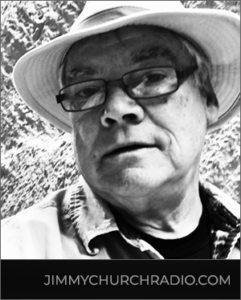 Christopher Dunn has worked at every level of high-tech manufacturing from machinist, toolmaker, programmer and operator of high-power industrial lasers, Project Engineer and Laser Operations Manager.

Chris's pyramid odyssey began in 1977 after he read Peter Tompkins' book 'Secrets of the Great Pyramid'.

His immediate reaction after learning of the Great Pyramid's precision and design characteristics was to consider that this edifice may have had an original purpose that differed from conventional opinion.

Chris concluded that it must have originally been built to provide a highly technical society with energy—in short, it was a very large machine.
In 1998, “The Giza Power Plant: Technologies of Ancient Egypt” was published. Considered to be one of the most important books written on the subject, today it is required reading for anyone interested in pyramid history.

Chris’s second book, 'Lost Technologies of Ancient Egypt' was published in 2010. In this work, Chris focuses on the manufacturing capabilities of the ancient Egyptians and the magisterial characteristics of Egyptian architectural and manufacturing wizardry.

Chris has published over a dozen magazine articles, including the much quoted "Advanced Machining in Ancient Egypt" in Analog, August 1984, and has had his research referenced in over a dozen books on Egypt. In the United States he has appeared on PAX Television, the History Channel, Travel Channel, Discovery Channel, The Learning Channel and Lifetime Television.