Donny Arcade On Fade To Black 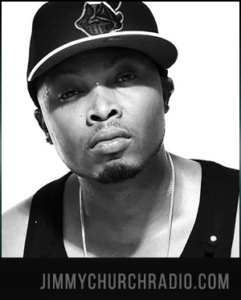 Donny Arcade is a rapper/filmmaker and producer from Cleveland, Ohio.

Donny grew up to the sounds of rap, classical, funk, soul, pop, rock and reggae due to a diverse upbringing of musical taste. He began to break-dance at the age of five as part of a hip-hop crew with his older brother and uncle, by the age of seven he was performing rap songs in school talent shows & then shows throughout the city of Cleveland.

Arcade has filmed and directed over 30 music videos from upcoming and established artist throughout the city of Atlanta and his own music videos as well.

A self-proclaimed ufologist his music speaks of ancient history, futuristic themes & current events and had a small role in Marvels Guardians Of The Galaxy 2.

Return Of Enki by Donny Arcade makes four Billboard Charts on its release! The album features amazing production and intense lyrics that leave the fans wanting more. Donny Arcade could be nominated for a grammy. The best is yet to come from Donny Arcade and Pantheon Elite Records.