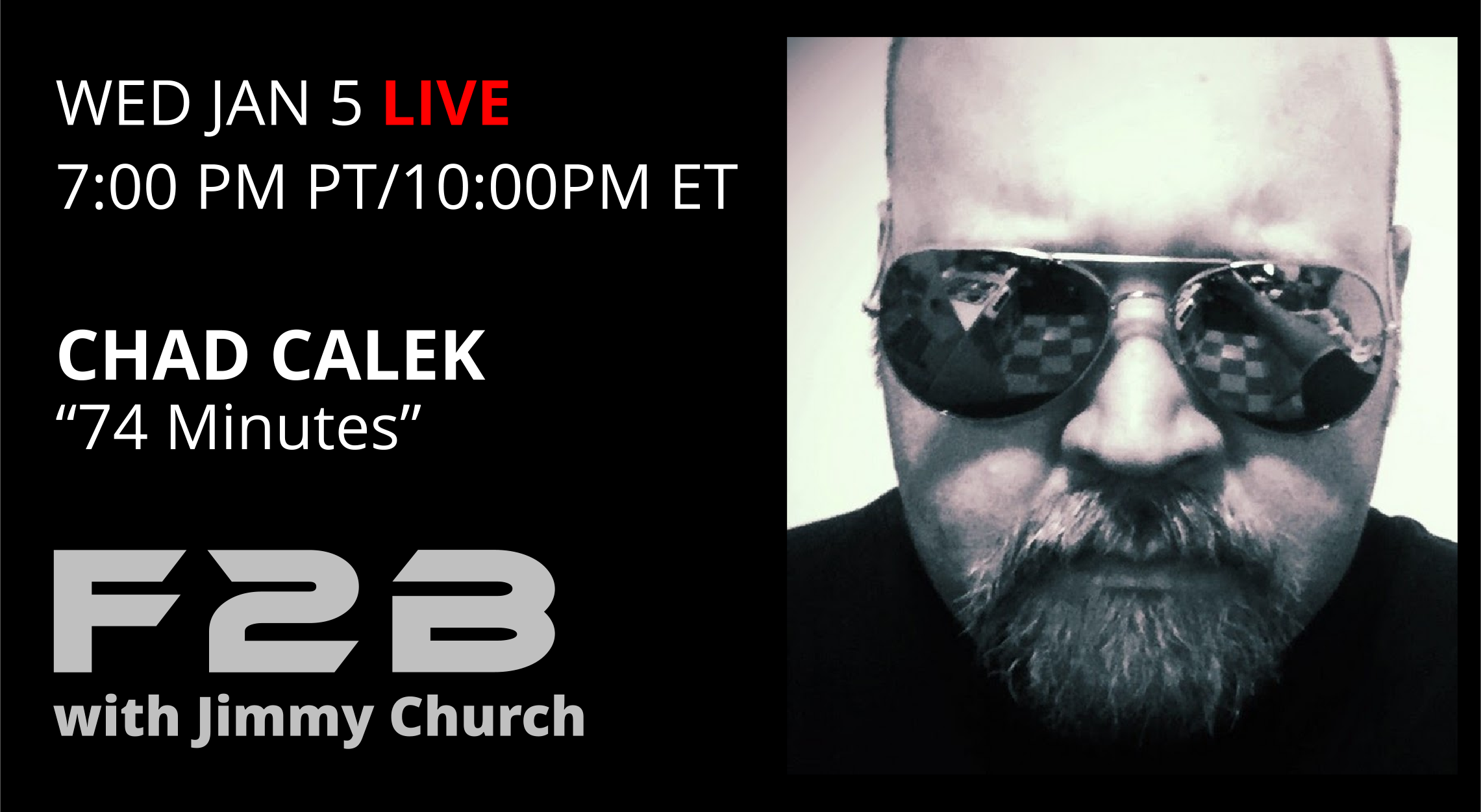 Tonight, Wednesday on FADE to BLACK: Chad Calek joins us do discuss the release of his latest film: "74 Minutes".

Chad Calek is the former director and cast member of such popular television shows as A&E's Paranormal State, The Ghost Prophecies and Verizon Go90's GHOSTED series, as well as the award-winning documentary filmmaker that produced, directed and edited such documentaries as AMERICAN GHOST HUNTER, A BLOOD RED SKY, the "SIR NOFACE" docuseries and more.

In his brand new 74 MINUTES documentary, Calek shares the most compelling paranormal evidence ever captured during the course of his 25-year investigative career, in addition to the thoughts and theories that he developed after experiencing some of the most intense paranormal activity ever captured on film.