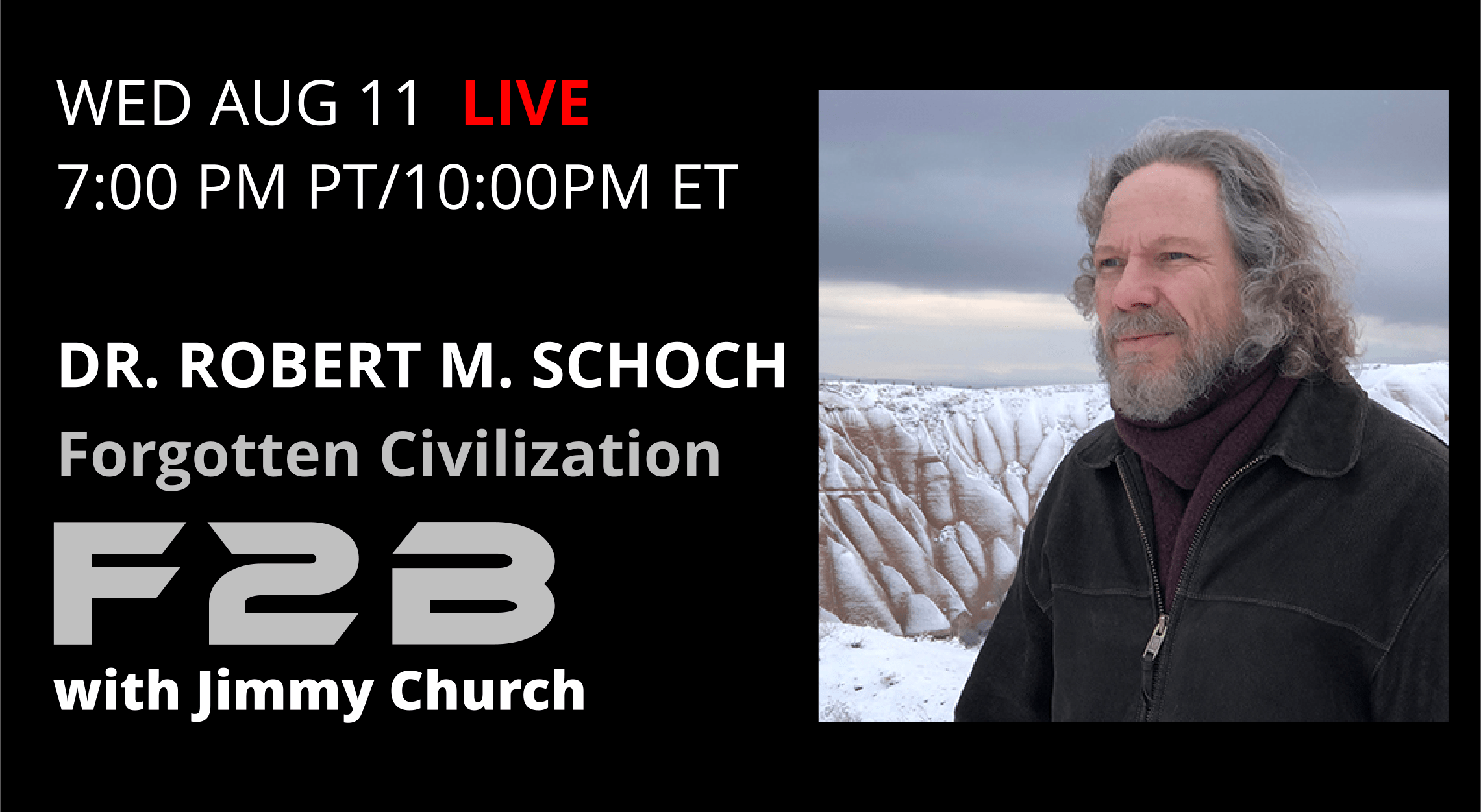 Wednesday on FADE to BLACK: Dr. Robert M. Schoch joins us to discuss the new, revised and expanded edition of his best selling book: "Forgotten Civilization".