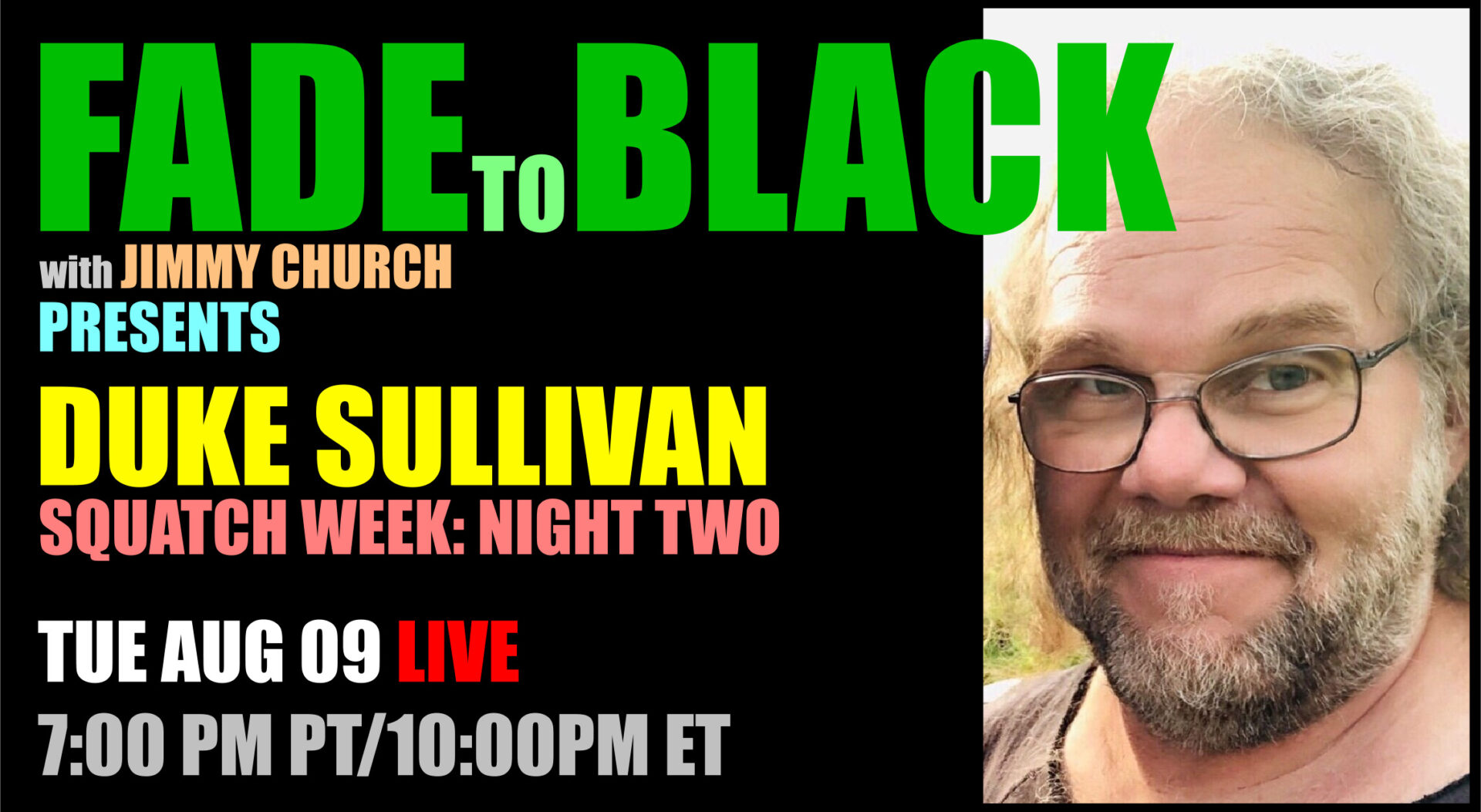 Tonight, Tuesday on FADE to BLACK: Duke Sullivan of World Bigfoot Radio joins us for night two of Squatch Week on F2B!

Brian “Duke” Sullivan is a Bigfoot Researcher from Montana, USA. He saw his first Bigfoot in 1972 when he was just ten years old. Duke has been researching Bigfoot for well over 40 years and has multiple sightings. His intense interest in Bigfoot revolves around the behavioral attributes of these creatures vs. proving their existence.

Duke is also an extremely well versed and self described conspiracy theorist and has collaborated with Wes Germer from Sasquatch Chronicles on programs such as “Duke’s Conspiracy Corner” and “The Renegade” podcast as well as being a frequent guest on Sasquatch Chronicles, in addition to being a guest on Strange Familiars and The Bigfoot Outlaws.

Tonight, Wednesday on FADE to BLACK: William Lunsford joins us for night three of Squatch Week on F2B!

Tonight's guest, William Lunsford, is from Texarkana, Arkansas and has had over 40 Bigfoot sightings. He's been researching them for 45 years. He saw the Fouke monster in 1977 and his last sighting was in April of 2022.