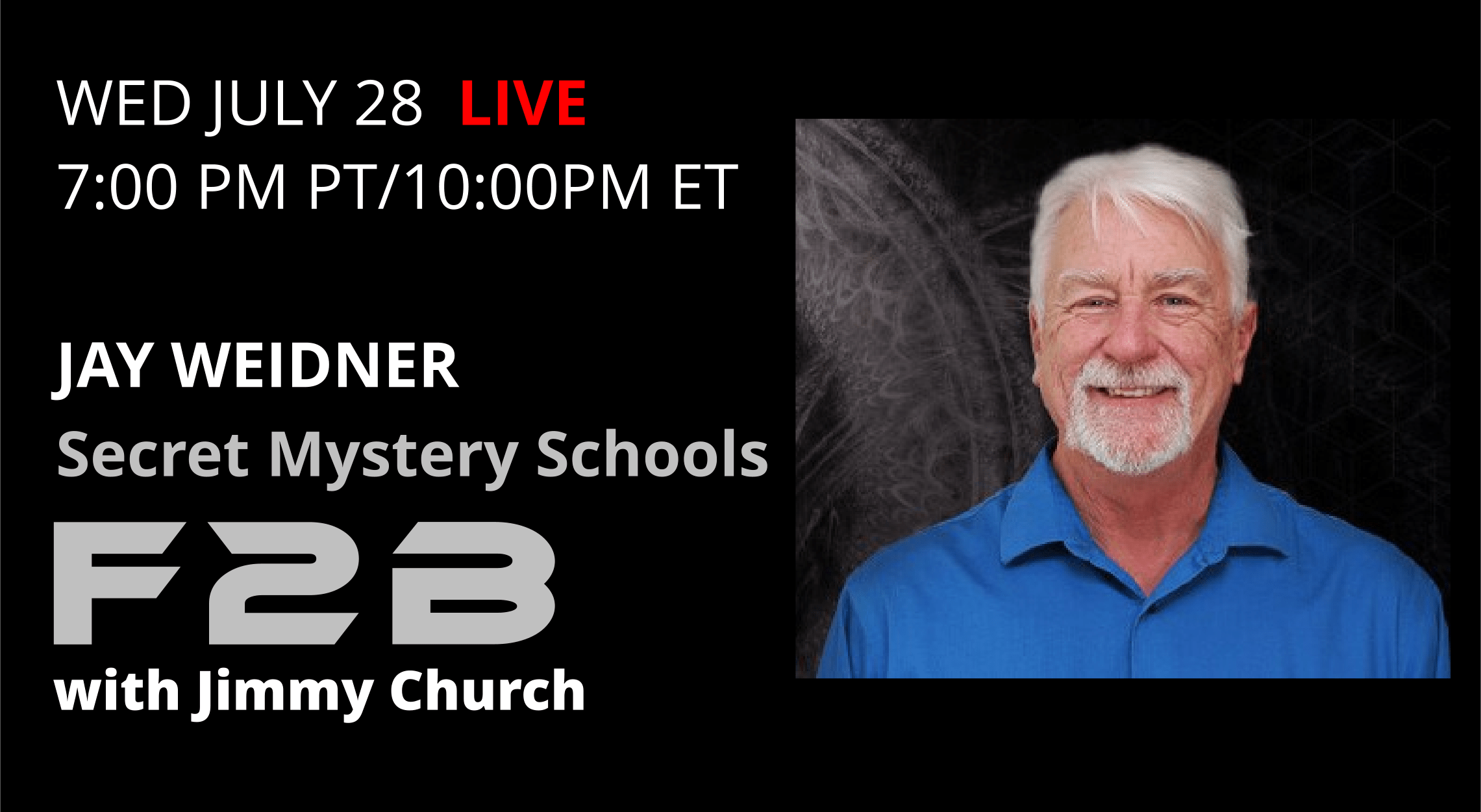 Wednesday on FADE to BLACK: Jay Weidner is back and tonight we are going to take a deep dive into the Secret Mystery Schools, Alchemy, and who is really running the world today.

In 2000, he founded Sacred Mysteries together with his wife, Sharron Rose. He has directed 15 films in the current Sacred Mysteries DVD Collection including: The Last Avatar, Infinity, Secrets of Alchemy, Artmind, Healing the Luminous Body, Quantum Astrology, and Sophia Returning.