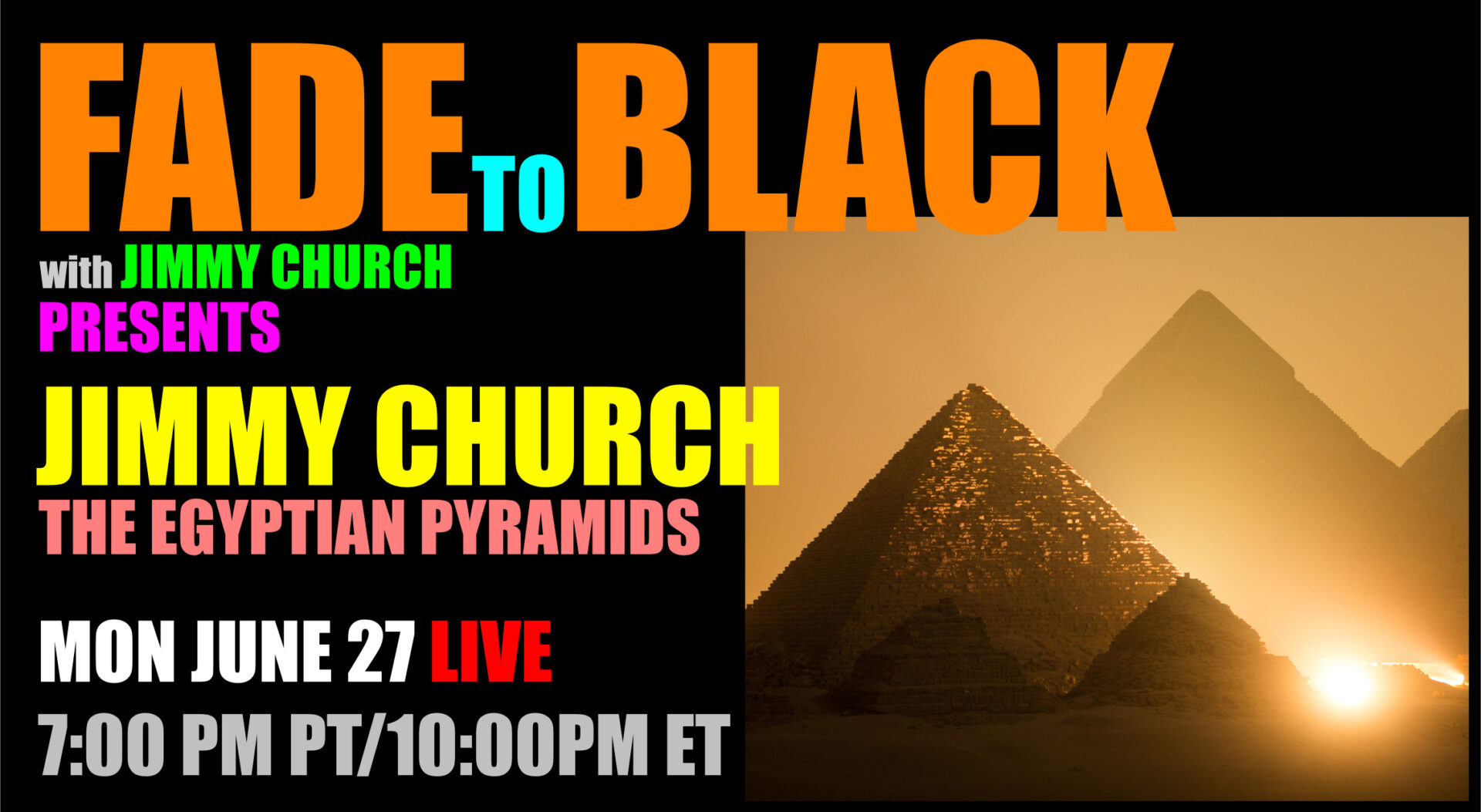 Tonight, Monday on FADE to BLACK: Jimmy Church gives his presentation on the construction of The Egyptian Pyramids... All of them! This is a multimedia evening!