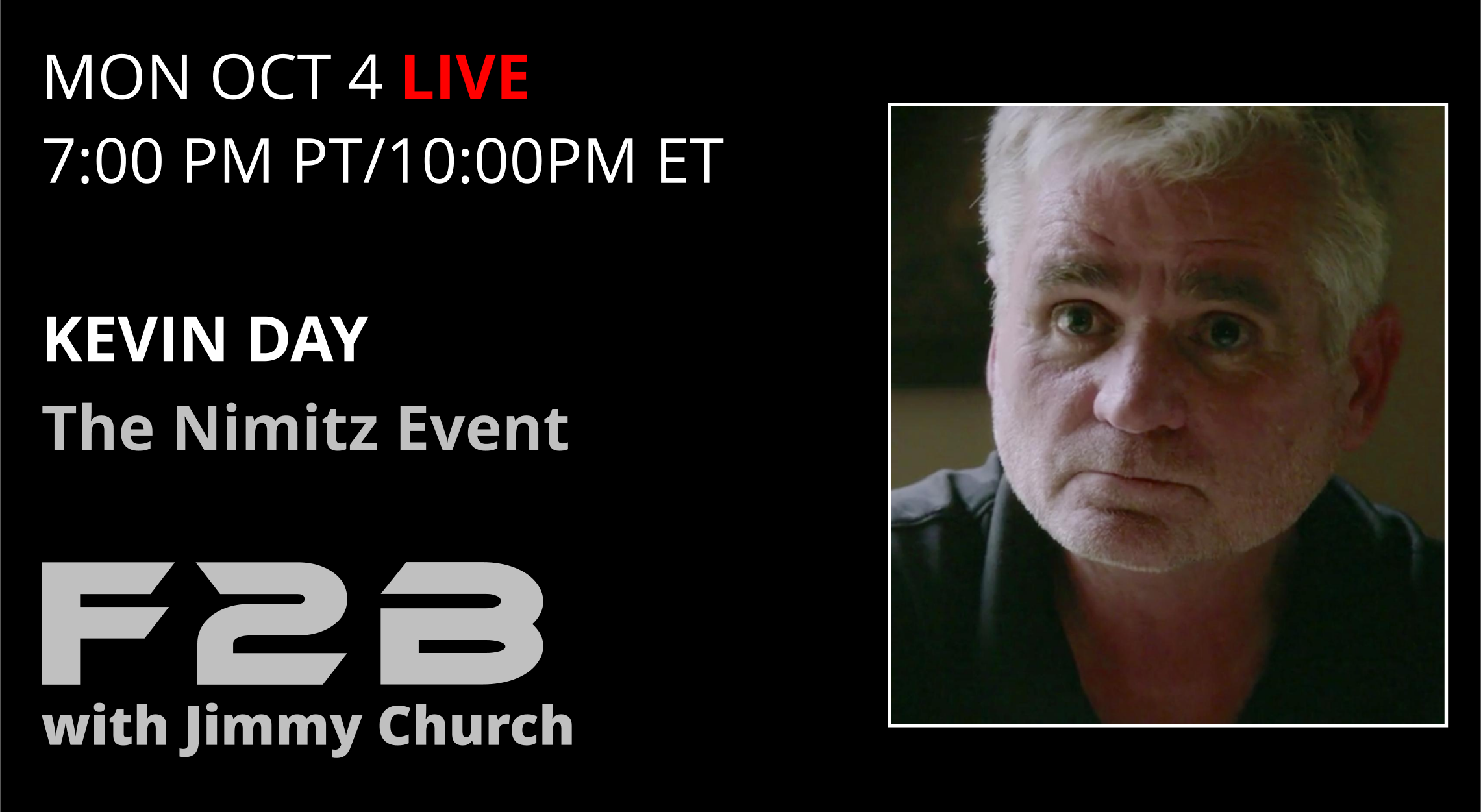 Monday on FADE to BLACK: Kevin Day joins us for the first time and we are going to do the deep dive into the events onboard the USS Princeton and the Nimitz Strike Group in November 2004 that launched the NYT December 2017 UFO/UAP article that changed the world.

Day is an expert operator of the highly advanced SPY-1 radar system with years of service onboard AEGIS equipped ships including the VINCENNES, CHOSIN, and PRINCETON.

In November 2004, during combat training exercises, it was Princeton’s Combat Information Center that discovered the fleets of anomalous air contacts, and it was radar operator, Kevin Day, that directly instructed the pilots to change their course and investigate the unidentified radar spot observed by Princeton’s own radar. The infrared footage of the encounter, aka “Tic-Tac incident,” was released to the public in December 2017.

Kevin Day also wrote about his Tic Tac experiences in a fictionalized version of the events in a book called Sailor’s Anthology.